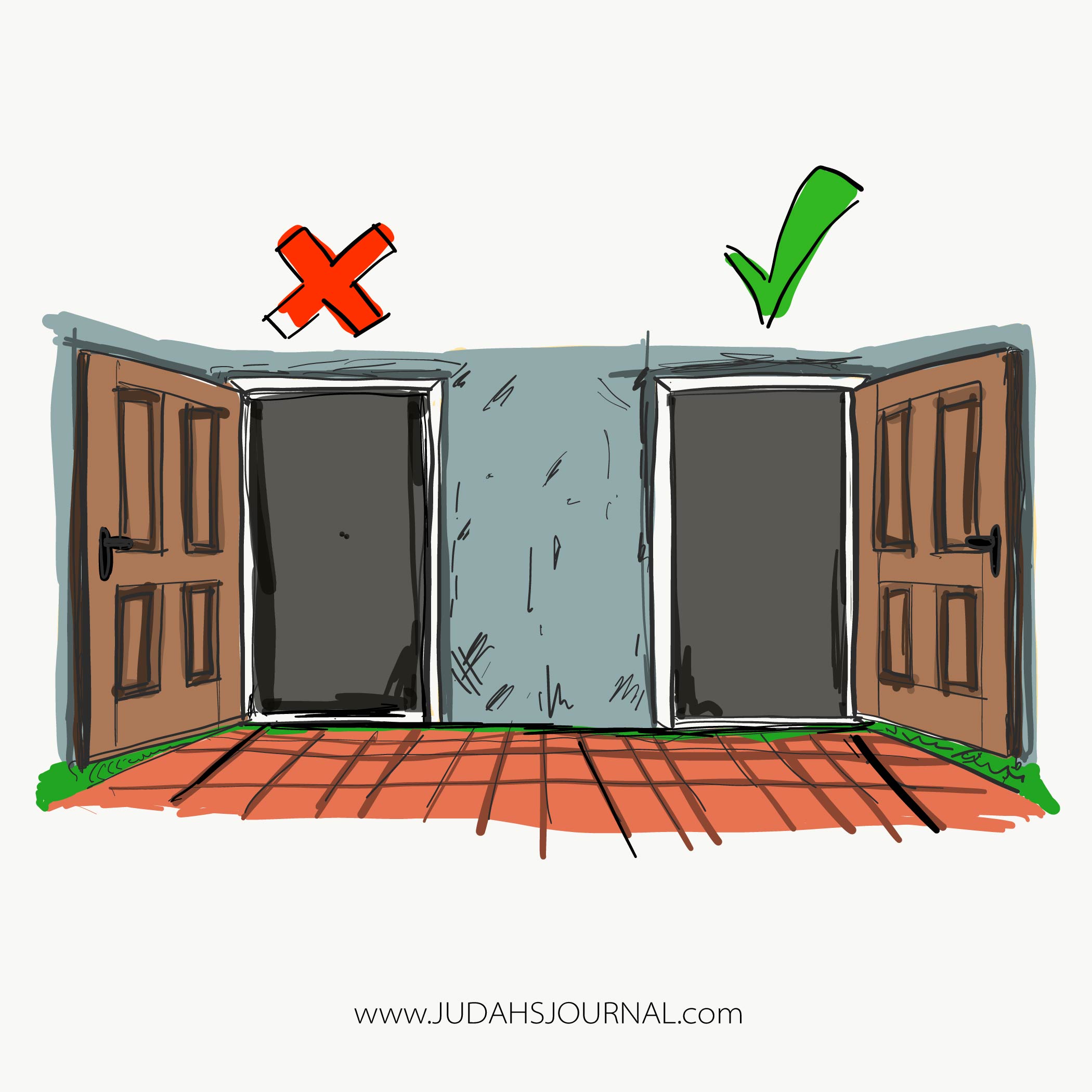 Posted at 06:33h in Newsletter by tiperry 0 Comments

Hey Girl, Hey!
Last week, I told you that I had some good news.
And – well – your girl got a new job! I am so excited about it.
But – what I want to talk to you about today is how I knew it was God.
Ya’ll  – I was not looking for a new job. Honestly, I just felt so grateful to be gainfully employed in
this pandemic and dumpster fire of a year – that I was being still. However, out of nowhere, a
recruiter from a company contacted me on LinkedIn. After going through four rounds of interviews, I
did not get the job.
But this is the kicker –in the middle of this job interview process, LinkedIn dropped another job in
your girl’s inbox. Because I was already doing the work with Company A. I thought to myself, why
not apply at Company B? That ‘why not’ turned into a new opportunity.
When things started to look good in the interview process, I decided to write a pros and cons list. You
know – a list for my current job at a decent company and a list for this new, big, bright opportunity.
This list only revealed that both of these positions offered many benefits (both lists were winners,
and neither stood out). Met with both fear and excitement, I went to God and asked Him to confirm
where He wanted me.
I told him that I was having a hard time making big decisions and significant changes, and I needed
him to make it plain for me. I then wrote a salary range and some needs that I had from the job on a
post-it note, and I asked Him to help me by confirming it in this way.
The next day, the hiring manager from my new company called and offered me the position with the
highest salary that I had listed on the post-it, along with the characteristics that I wanted.
God confirms ya’ll!
As we end Holy week and approach Easter – I’d like us to visit Gideon’s story (Judges 6-8).
The story proclaims that the Lord was angry with the Israelites for falling into sin (again) and
worshipping false gods and idols. Because of this, the Lord left them in the hands of the destructive
Midianites for seven years. Finally fed up, the Israelites called out to God for help. God would send
aid through a man named Gideon.
But – this is the thing. Gideon was just a small, scared young boy who was threshing wheat. He was
so fearful he was threshing wheat indoors (wheat needs to be threshed outdoors so the wind can take
the chaff away). An angel appears before Gideon saying, “The Lord is with you, mighty warrior.” The
angel then tells Gideon that he will deliver the Israelites from the Midianites, to which point Gideon
says he is just a small, young boy. So, Gideon, not believing what is happening right before him, as
would many of us, asked the Lord for a sign.
Gideon asked for signs THREE times – the first was when he first met the Lord. He prepared a meal
and laid it out to get some proof that the “who” that was talking to him was really God. We all know
what happened – the Lord’s fire consumed the sacrifices wholly, and like the strong man he was, then
Gideon was convinced he was going to die. Because he’s human, and what would you think if your
food had just gone up in flames before your very eyes.
But note – even after the Lord assured him, Gideon still didn’t really trust that it was God. He
demolished his Father’s altar to Baal in the nighttime and then asked for two (2) more signs. The

first sign was that the fleece was to be wet and the ground dry, and the second that the fleece would
be dry while the ground was wet. Both happened as he asked, and then Gideon went into battle.
The part that shows us God’s limitless grace is that the Lord gave Gideon signs after all that. In
Judges 7:10-11, the Lord tells Gideon, “If you are afraid to attack, go down to the camp with your
servant Purah and listen to what they are saying. Afterward, you will be encouraged to attack the
camp.” The Lord knew that Gideon was still worried and gave Gideon a sign without being asked. We
know the story – Gideon was encouraged and is remembered as the man who led the Lord’s charge
against the Midianites.
How does this translate to our daily lives?
Women of Judah, God wants His children to walk by faith, but He also understands that we need
sometimes need reassurance. We don’t have to make big decisions on our own.  Our Father wants us
to consult Him. If He’s a good Father and He gives good gifts, then he absolutely wants us to depend
on Him for direction.
Ask, and you shall receive, seek, and you shall find.