Worship: An Act of Self-Care 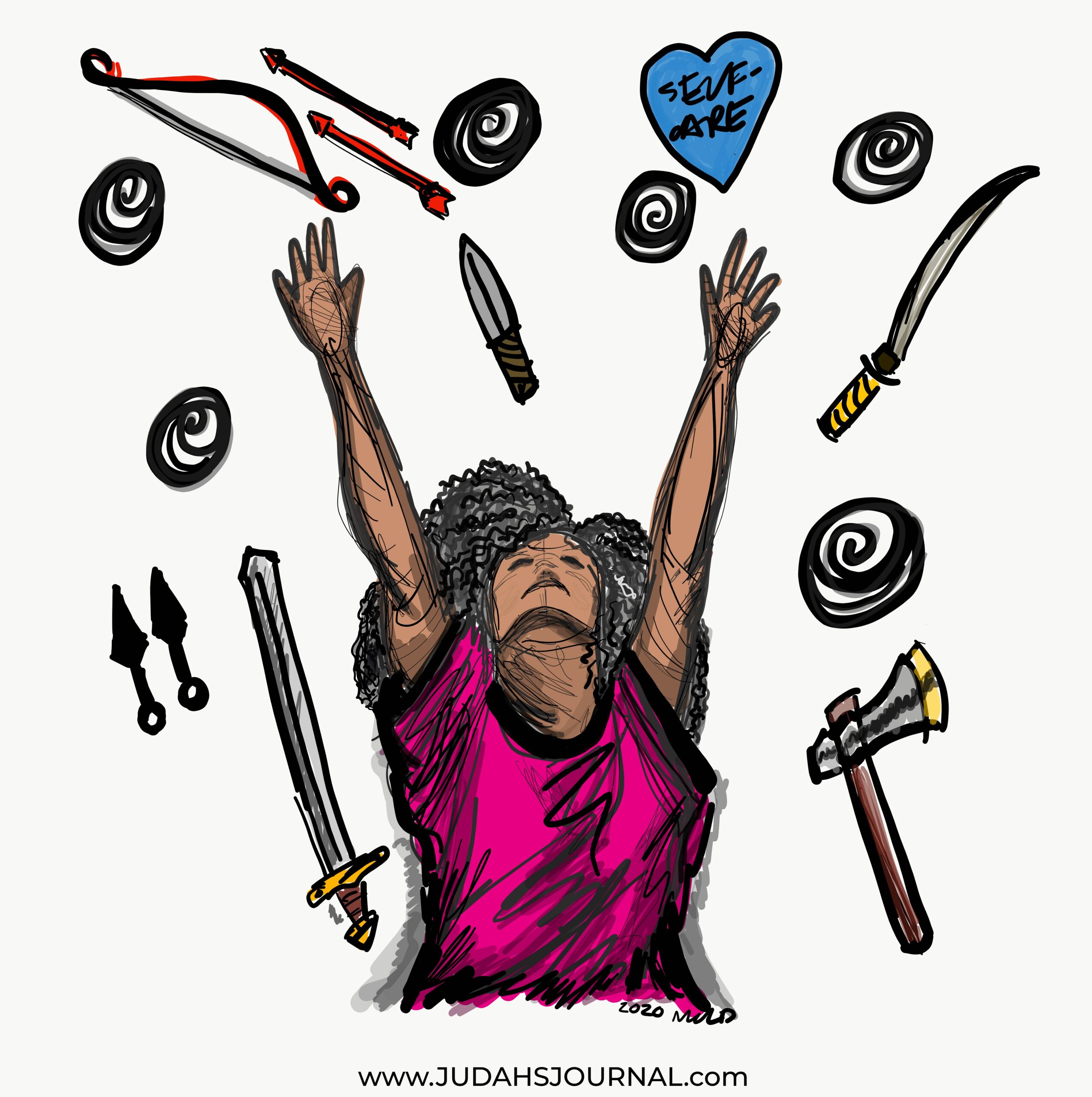 25 Sep Worship: An Act of Self-Care

Posted at 16:02h in Newsletter by Marlela Dugas 0 Comments

Today, I know you are tired, overwhelmed, and dealing with so many thoughts of ” what’s next.”

Today, as a grieving black woman, as a person, and as a human being, my heart is heavy, and my soul is drained. Because of this, I believe that we must fight and war for wholeness in every season, but especially this one. I want you to pay attention to yourself. Take note of how your body is affected by rejection (perceived or actual), stress, or trauma? All of the death and awful things happening is requiring much of us. It requires us to mentally process such heavy stuff while also being required to show up in relationships, in jobs, as parents, home-school teachers, and caretakers – and much, much more. So, right now, in these moments, we must concentrate on the things that lead us to wholeness.

Women of Judah, I know I have preached this time and time over, but your self-care, your soul, your personal care, or whatever you want to call it, must become a non-negotiable. It is no longer something that we should be doing when we are burnt out. At that point – it is late; it is just a band-aid.

In the words of New York’s Poet Laureate, Audre Lorde, “Caring for myself is not self-indulgence. It is self-preservation, and that is an act of political warfare“.

So, what does rest look like for you in this season? Does the thought of taking a break make you anxious, or does it fill you up?

We’ve chatted about soul-care time and time again, but what I want to talk to you about today is the act of worship, as a mechanism as self-care.

Could you stick with me, for a second?

But – 2 Chronicles 20:21 is the ‘make you want to run around the church‘ culmination to the trial of faith that begins in 20:1.

In chapter 19 Jehoshaphat called the nation back to God, and in chapter 20, the Moabites and Ammonites descend on the small kingdom of Judah. Understandably, the weight of this fear drives Jehoshaphat to God rather than away from Him. The king humbles himself before his God, crying out in an expression of desperate and hope-filled faith, “We are powerless against this great horde that is coming against us. We do not know what to do, but our eyes are on you” (20:12).

God hears the king’s prayer and responds through a prophecy, “Do not be afraid and do not be dismayed at this great horde, for the battle is not yours but God’s” (20:15). The battle belongs to God. Sis, I cannot imagine how Jehoshaphat’s heart must have been strengthened with those words! And because faith is an action word.  The battle belonged to God, but the people still had to act; they still had to “go out against them” (v.17). So, working in his faith, the king rises early and goes to face the “great horde” rallied against him.

And how does Jehoshaphat enter into battle? BY FAITH AND SONG!

In verse 20, we see the king rally his people, not based on their strength or the amount of the soldiers they had, but based on God Himself: “Believe in the LORD your God, and you will be established believe his prophets, and you will succeed.” Having called Judah to faith in God, they enact this faith by song.

“After talking it over with the people, Jehoshaphat appointed a choir for God; dressed in holy robes, they were to march ahead of the troops, singing, “Give thanks to God, His love never quits.“

Ya’ll, this shook me!

The choir leading the army is a tangible expression of the faith their nation and their confidence in their Lord before their battle was won. And check this — when they reached the invading forces, they were already dead. They had killed each other! Nothing was left to do beyond celebrating

I told you all that I’ve been walking in the mornings, but what I didn’t tell you is that if you catch me on a particularly heavy morning, you may see me walking around my neighborhood with my hands up or out – singing, amening, praying or speaking in tongues. Sometimes I’ll tone it down for the passerby’s, and sometimes, I don’t care. These times are producing a great deal of death, social injustices, relational strife, unemployment, layoffs, and loneliness. Because we are feeling every one of these emotions – these times also call for the type of praise that will prepare us to be warriors.

It is my time to praise God for who He is when I do not understand the “whys” of life, and when I am happy. By worshipping, I am declaring the victory in advance; I am sending my choir out before me and participating in spiritual warfare.

So – sis, will you attempt worship as an act of self-care with me?

I leave you with these words from artist, Chandler Moore.