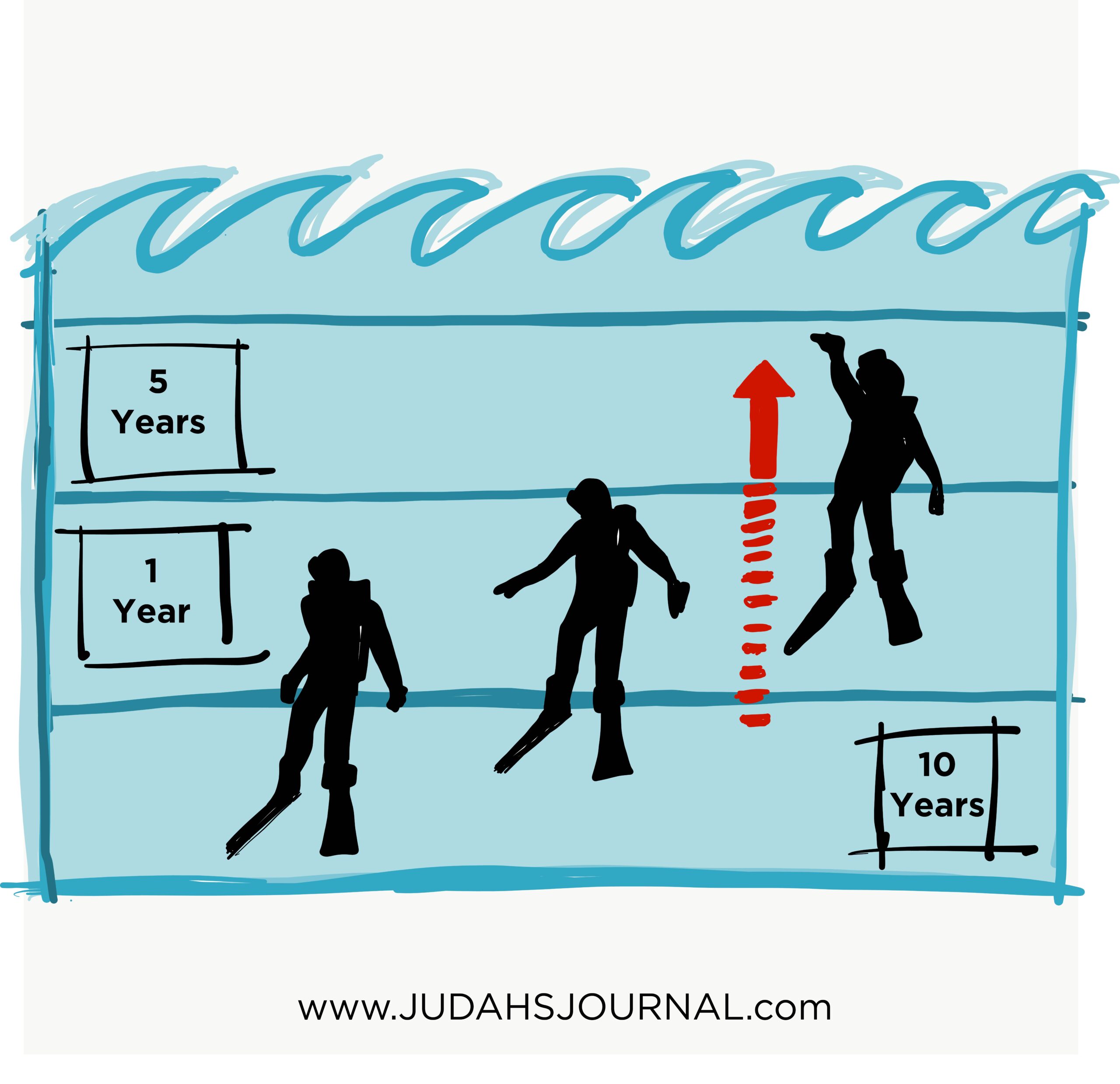 Posted at 07:02h in Newsletter by Marlela Dugas 0 Comments

Last week my son found out that he was going to become the line leader in class. It soon became apparent that he did not know which day he’d be the line leader because he would return home every day to tell me that “today wasn’t the day,” but that it would be soon.

You see, his teacher set a line leader schedule at the beginning of the year to give every student a fair opportunity to be a leader. But my son only understood that his time was coming – but he did not know when.

Now – every night has become a preparation session for his position of line leader. He talks about it, tells me what will happen when he gets to do – he dreams about it.

Isn’t it like that with all of us and promotion? Or when we have a prayer request on hold with God? He told us that it was ours, but we want it right at that moment.

Do you ever want your success immediately, or is it just me?

There is this condition in scuba diving called “the bends” that divers safeguard against. This painful illness is technically known as ‘decompression syndrome.’ It arises from the rapid release of nitrogen gas from the bloodstream and is caused by bubbles forming in the blood when a diver ascends to the surface of the ocean to rapidly.

When scuba diving, a diver breathes from a tank that holds highly compressed air. As the diver begins to descend, the pressure of the water changes and the body tissues absorb nitrogen from the breathing in that gas in proportion to the surrounding pressure of the water. If the diver remains at pressure, the gas presents no problem. However, if the pressure is reduced too quickly, the nitrogen will come out of the solution and form bubbles in the tissues and bloodstream. To avoid the effects of quick decompression, a diver must rise slowly and make decompression stops (intermittent stops) on his or her way up, so that the gas can come out of their bloodstream or water slowly.

We are like this, too! We all have goals, dreams, and aspirations. But – we want them all right now!! Like, right, right, now!

We just got the degree, and we immediately want the six-figure job, or maybe, we just got into the field, and now, we want to be the boss.

But, sis, the harsh reality is that depending on the level we are currently, we will need some time to decompress and acclimate to our surroundings. Like the scuba diver, if we sprint from ground level to surface level, it could be too much pressure for us to bear – and most likely injure us in the process.

It is incredible how God works. Each time that I have been promoted, there has been a season of preparation that preceded (and I often did not realize it until I was already in my position of promotion).

Before a diver goes on any dive, they prepare.

For us, preparation in waiting can look like studying the word and our work, praying, and getting to know God better, improving our spiritual, mental, and physical health.

After you have finished preparing, there is a leveling up phase. The leveling up is when God takes you to a higher level.

Again, our leveling up is much like the divers’ ascent.

You will go up a level.

Pressure is present – but it is a different pressure than what you are used to.

That pressure balances out, you acclimate.

Women of Judah, this is how God increases our territory, just as Jabez prayed for God to increase his territory (I Chronicles 4:10).

Do not be discouraged by the fact that he’s giving you the promotion piece by piece or level by level; like my son and the diver, we must prepare at our current levels, so that we are ready to be elevated to our next.

When you pray, request more than blessings, provision, and territory, but also for the grace, wisdom, and energy to excel at the new level.